Some of you may have seen Brizzly.com, a site with very vague information regarding what it is – “Brizzly is a simple way to experience the social web. You can request an invitation code below and we’ll let you know when we have them ready. (Soon!)” I recently received an invitation to the site from @BrandonButram and figured I’d check it out despite my limited interest.

What Brizzly seems to amount to is a slightly thicker client interface for twitter. Functionally, this means that shortened URLs like those from tinyurl and bit.ly will appear as the full URL that they refer to, as well as links to images or youtube videos showing up as the actual content rather than just a link to it. I find this mildly handy, but currently of limited actual use. 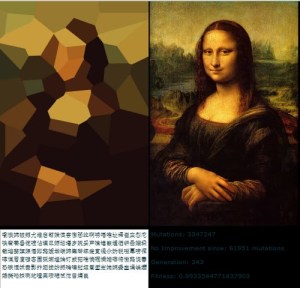 BUT, whats interesting to me about this is that it kind of shows twitter posts as encoded or compressed messages. ie: a small message that represents something larger. This isn’t a ground-breaking concept since URLs are basically the same thing, but I suppose we take this for granted. So this takes us back to the initial benefits of twitter – messages are short for maximum interoperability with low bandwidth devices. Rather than using this as just 140 literal characters, we’re now including representative links to external information. This is cool in it’s own right, but to get back to the original goal of high interoperability on low bandwidth devices, wouldn’t it be cool to be able to compress larger data into these 140 character packages so there would be only one small data transfer instead of one small transfer and then one big transfer from the referenced site? a quick google search yielded just such an idea in practice by a couple of fellows attempting to encode an image into 140 characters.

Another example of binary data transfer via twitter is encoding and breaking up a file over several tweets. Personally, I think this method misses the point, but interesting nonetheless and reminiscent of long-ago floppy disk installs and BBS based transfers.

At the end of the day, I am unsure if any of this really matters since bandwidth is relatively abundant in most homes, portable computing/communication devices and even the International Space Station. I suppose developing countries could benefit from some kind of generic 140 character packet size protocol for wireless data transmission, but even such countries are advancing rapidly. It will be interesting to see if the future of twitter lies in continued social media in a “What are you doing?” way, or if it will come to be more than that.

The general use of Twitter has always been kind of nebulous, and sometimes even confusing. It certainly is a weird phenomenon. I personally use it as a mini-blog and a web link manager, but I’ve added a new function to it lately. It seems more applications, whether mobile or not, offer integration with twitter and/or facebook. I’m personally using such features with MapMyRide.com and Yelp.com. Yelp tweets to my account with a web link whenever I post a new review, and Map My Ride tweets whenever I submit a ride. The information that each of these apps is posting is pretty trivial, but I’ve been ruminating over whether these things are more or less relevant than my usual status updates like “i’m hungry”, “studying”, “going to see a movie”, etc. Also, posting such information also kind of changes the functional idea of twitter for me. With this integration, it seems to me more like a stream of whats actually going on in my life.

Either way, it’s an interesting concept, and I’m anxious to see what other apps add Twitter integration in the near future.

With the new 3GS hardware and the 3.0 software coming out this week, I can’t help but think about iPhone stuff..

One topic that’s been in the news is iPhone as a gaming platform. Until last week, the only game I’ve ever played on the iPhone was the beer sliding one that comes with iPint. I just never thought of the phone as much of a game machine. Earlier this week I downloaded the game Hero of Sparta lite and was pleasantly surprised. [full game review over at ign.com] The game seems like a take on god of war more or less. The controls are pretty much classic Nintendo styled – directional pad plus two action buttons. The interesting part is that the controls are on the screen. I personally had never really considered the multi-touch screen serving this purpose. The tracking wasn’t totally awesome, but it was usable. The graphics were pretty decent, and far more than I expected the iPhone to be capable of. I did have a bit of a problem following the action on the small screen though.. especially with my thumbs covering some of it. This game really tempts me to get an A/V connector and try it on the Television. This would certainly be an interesting direction to take from console gaming. It could have the portability of those all-in-one atari controller games, and the flexibility to do high graphic games and also all the regular palm top computer stuff. Again, this makes me really want some advanced I/O for the iPhone. I don’t know off hand the bandwidth required to send full res, full refresh graphics, but wouldn’t it be cool if the phone could sync up to a TV wireless-ly?

Another connected topic, that I think has a much larger social impact is the app store. I’m using myself as a benchmark here which doesn’t make for the best data, but I find myself so much more likely to buy apps than I would real “software” because of the low prices. I am pretty comfortable going on a $1.99ea shopping spree on the app store, but hesitant to drop $40 for one piece of PC software. I don’t know if it’s a matter of perceived value or what. I do think that the market penetration of the iPhone could really be a boon for the widespread adoption of micro-payments though. This has been the first platform where it really makes sense.. It’s the same with buying music on iTunes. I can get behind a song’s value being a dollar. My fear though is that social determinism will rear it’s ugly head and people like the RIAA will keep pushing for higher costs and wreck the whole thing. There are already some apps that are $19.99 or more. I recognize that the are probably very useful, and that the authors “gots ta get paid”, but at the same time, that price just seems outside of my continuum of reality.

More on this later.. I’m also going to post a bit about some of the apps I’ve found that have proven useful.

I’ve been a pretty big advocate of the iPhone for quite some time. I own a first generation iPhone (or second generation as AT&T says, probably as a back track of the 3G designation of the latest phones) and did lots of research on it before purchasing. The main selling point was the UI, and that is still true – it’s slick, looks nice, and for the most part works just like a computer.

In the negatives column has two items, and they are pretty big ones.. First, iTunes. I knew going in that I was going to be bound to this. I had hoped that a third party option would surface, but it hasn’t. I can deal with it, but it’s annoying. I want my PC to be less bulky, and iTunes flies in the face of that. Item two, and the deal breaker as far as future purchases: app development is crippled. I’m not even complaining about the non-disclosure stuff that everyone else is.. What I am upset about is limited access to the phones OS. Yes, I understand why apple did it. It’s like a super version of the HAL that came on NT back in the day. Protect the kernel, blah blah blah. Let me tell you why it is bad via a very specific example – NO VOICE DIAL! My previous phone was a freebie moto V551. The software wasn’t awesome, but it had two totally awesome features that my iPhone just can’t come close to. The first, and relatively unimportant in this context was voice record. I held a button and spoke and let go when I was done. Saved. Didn’t have to look at it at all. The important one is the voice dial. I would open the phone, hold the button, say the name, let go of the button and it dialed. Didn’t have to look at the phone AT ALL. You say, “hey, there are voicedialers in the app store!”. You are right, but because the apps can’t access the hardware at a reasonable level, the easy no look process of the moto is a complicated, vision and attention intensive “find the icon, wait for something, do something, wait some more and hope for the best” game on the iPhone. I cannot use this while driving, and frankly, I can dial more quickly by finding the person in my contact list than trying the wonky voice dial. This is not acceptable!!!!!! I drive on the highway regularly and see morons paying no regard to their lane or other cars because they are screwing around with their phones! This is dangerous and a phone with the clout of the iPhone should have features to help prevent that situation from happening. To make things worse, when asked if apple will add a native voice dialer, they disregard the question with the explanation that there “are some in the app store”. DERR, says I.

So, I’m not buying this thing again. I think the next phone I get will not be a smart phone of any kind if such beasts are still manufactured when I need a new phone.

It seems I have happily embraced twitter, which seems to be the defacto brand name of microblogging, at least in my peer group. I’ve been using it for a while and it’s all well and good. I’ve even added the facebook app that pulls my “status” from it, which is really convenient because it seems that many of my friends regularly check those status messages there.

Recently, I noticed that one friend has his myspace status syndicated as well. Wanting the same, I inquired of his method. A service called Ping.fm is the source, offering syndication to just about any site you could possibly imagine sending a status or microblog to. The problem is that Ping.fm needs to be the source of the content. (unless you use a program like spaz for your posting, which has options to export to ping.fm.

I personally prefer twitter as a front end, because I regularly watch and make posts on the actual twitter site, as well as the twitter client on my iPhone. Ping.fm doesn’t want to allow other services as a content source because it opens the door for people to get stuck in endless loops. (I personally think this is bunk. All it would take to fix this is have the xml parser look for the same tweet more than twice in a row, and if it occurs, turn off the forward and send an email to the user)

Apparently a third party is working on a plugin to do this, but who knows when that will happen. There’s also apparently a way to route the RSS from my twitter page to an e-mail which can update Ping.fm, but I haven’t figured out how to make that work yet. A third option would be for me to get off my duff and learn C so I could make a program to sit on the server and fetch the twitter RSS, then do the parsing and checking mentioned above before dumping it to Ping.fm.